Welcome to the Vector Innovation Fund.

Here you can find the latest news and information about the Fund. Before entering, please select the information and accept the disclaimer:

The Vector Innovation Fund is a Reserved Alternative Investment Fund (RAIF) is available under the individual country eligible jurisdictions and markets. Accordingly, this can only be marketed to professional or accredited investors.

If you are in any doubt about the investment towhich this communication relates you shouldconsult an authorised person who specialises in advising on investments in unregulated collective investment schemes. No action has been taken in any other jurisdiction to permit the offering or sale of the Fund’s shares in any such jurisdiction. Any information or documents made available through this Fund does not constitute an offer or solicitation in any jurisdiction in which an offer or solicitation is not authorised, or in which the person making the offer or solicitation is not qualified to do so, or to any person to whom it is unlawful to make such an offer or solicitation. No action has been taken that would, or is intended to, permit an offering of the Fund’s shares or possession or distribution of information in any jurisdiction where action for that purpose is required. Accordingly, the Fund’s shares may not be offered or sold, directly or indirectly, and neither this nor any other information, form of application, advertisement or other document may be made available, distributed, or published in any country or jurisdiction except under circumstances that will result in compliance with any applicable laws and regulations.

Nothing herein constitutes an offer to sell or the solicitation of an offer to buy securities. The information contained is for illustrative and discussion purposes only and is qualified in their entirety by the terms of the offering documents for the Fund.
‍
No representation is being made that any fund, investment or transaction will or is likely to achieve profits or losses (or avoid losses) similar to those achieved(or avoided) by other funds and fund investments in the part, or that significant losses will be avoided. It should not be assumed that any future investments will be profitable or will equal the performance of any other fund or investment described or referenced herein. No guarantee of investment performance is being provided, and no inference to the contrary should be made by any recipient of this presentation.

An investment in the Fund will be speculative and involve a high degree of risk. Shares in the Fund will be illiquid; there will be no opportunities for withdrawal and material transfer restrictions will apply. There will be no secondary market for such shares and none should be expected to develop. An investor should not invest unless it is prepared to hold its investment for a long period of time and assume the risk of loss of all or a substantial portion of its investment. The fees and expenses charged in connection with such an investment may be higher or lower than the fees and expenses or other investment alternatives and may offset profits. No security described herein has been approved or disapproved by the U.S. Securities and Exchange Commission (the “SEC”) or by the securities regulatory authority of any U.S. state. Neither the SEC nor the securities regulatory authority of any U.S. state or any other jurisdiction has passed upon or endorsed the merits of any investment that may be offered, or the accuracy or adequacy of this disclosure. In addition, the Fund’s shares have not been, and will not be, registered in the U.S. pursuant to the U.S. Securities Act of 1933, as amended (the “Securities Act”), or any of the securities laws of any U.S. state. The Fund has not been and will not be registered as an “investment company” under the U.S. Investment Company Act of 1940, as amended (the “Company Act”, nor under any other US federal laws. Therefore, the Fund’s shares will not be offered or sold directly or indirectly in the United States of America except using an authorised broker dealer or in reliance on an exception from registration provided by Rule 506(c) of Regulation D promulgated under the Securities Act, and shares will only be offered and sold to certain “qualified purchasers” as defined under the Company Act.

The investment in the Fund(s) is only eligible for qualified investors and for whom the investment may be otherwise suitable. This website is for information purposes to provide clients with potential investment ideas but it is not an invitation to invest. This website must be assessed alongside the relevant Fund Private Placement Memorandum (“PPM”). Some of the information mentioned may not be appropriate for all clients and they should contact the Fund Manager (AFIM) for more information if they are interested in any of the ideas. The Fund to which the information in this website relates is available only to relevant persons and the information must not be acted on or relied on by persons who are not relevant persons.  Information contained on this website is strictly private and confidential and is privileged information and anyone viewing the content accepts these terms and conditions.

studied natural sciences at the University of Cambridge, received his doctorate from EPFL. Postdoctoral studies at Princeton University, member of the faculty of natural philosophy of Basel University, subsequently Professor and Chair of Nanotechnology at Cranfield University, and Director of Bionanotechnology at Cranfield University at Kitakyushu. Visiting professor in Argentina, France, Georgia, Hungary and Japan. Jeremy has published some 300 research articles as well as books on nanotechnology, bioinformatics etc. In the last few years he has co-founded several high-tech companies developing nanomaterials and nanodevices. Hon. Professor of Nanotechnology at the University of Buckingham, Fellow of the Institute of Materials, Minerals and Mining (IoM3) in London, a IUPAC Fellow, and chairs the Resources Strategy Group of IoM3.

is CEO and co-founder of CR Competence. She has a PhD in physical chemistry, and the team at CR is focused on providing business advice based on fundamental understanding of chemistry. Anna was awarded Honorary Doctor at the faculty of Engineering at Lund University for her work to realize academic-industrial relations into tangible results. She is also a member of the external advisory board of NanoLund and the steering committee of MyFab, the Swedish national research infrastructure for micro and nanofabrication where she is an experienced board member. She is an international expert at technical due diligence in relation to advanced methods and has deep understanding of ingredients, products and processes available through biotechnology and nanoscience.

has a 35 year track record of advising on, initiating, structuring, and executing creative business transactions, and of managing large listed groups, private equity funds and their underlying businesses through growth, reorganisation, restructuring, value release and if required, exit. For example: John was responsible for the spin-out of Zeneca from ICI and its subsequent merger with Astra to form AstraZeneca. By the time he left AZ four years later, the market cap of the organisation had increased from $9b to $30b. Since 2001, John has founded and grown several private businesses including Beehive Capital plc, an FCA regulated investment banking boutique that advises high-growth healthcare companies and private equity portfolios. He has served as an executive director at Zeneca Group plc (now AZ), GEC plc, and numerous private companies and as non-executive director on the boards of Schlumberger, Alstom, Newcastle United and Pentland, on the advisory board of BHF Bank and the Supervisory Board of IDEA AG. On 31 December 1999, John was made a Commander of the British Empire (CBE) in recognition of his services to British Industry. John is a UK citizen and is based in London.

was recently Director of Micro & Nanotechnology Knowledge Transfer Network for the UK government. Has 30 years-experience in micro and nano-electronics industries commercialising emerging technologies. Alec has been instrumental in driving investor value with prominent positions within Philips Analytical (Semiconductors). He was a Head of Department at ST-Microelectronics in France, a post– doctoral fellow at Delft Technical University and spent about 20 years at Philips Research in Eindhoven. Also managing over €150m in projects across Europe related to nanotechnology commercialisation. Achievements include 140 published technical papers and has a PhD in Science of Materials (solid state physics). He has been instrumental in a number of start-ups which have since exited to large global conglomerates after developing significant revenues and value for their shareholders. More recently led developments for Micro-Systems for Samsung as well as micro-fluidics-based systems for PCR testing instruments. Has recently advised on lateral flow testing devices as well as rapid COVID-19 testing for Abbot Rapid Diagnostics.

has a PhD/MBA in Chemistry and he is currently Founder of Evolutia Venture partners who specialise in supporting investments from life sciences, biotech, med-tech, artificial intelligence and health-tech disciplines. He has international experience in developing point of care technology using nanoscale technologies. He is also non-exec director of AlgaeCytes a nutraceuticals company developing an algae-based bio refining process to produce Omega 3 oils sustainably. He is also Trustee for UK based charity World Science Aid. He has worked with a number of successful start-ups that have exited or created significant value for their shareholders. Previously manager for technology transfer for world leading university of Surrey previously home to Nobel Prize winner Harry Kroto for nanotechnology.

is former Vice President and board member at Pfizer in Worldwide Medicinal Sciences. Formerly Site Head for the Pfizer European HQ. Led the design and development of all small molecule medicinal products for Pfizer R&D globally. Lead scientist for the team that developed Viagra. Tommy completed his undergraduate and postgraduate education in Pharmacy at the University of Strathclyde studying novel drug carriers. This followed researching novel hydrogels as controlled drug delivery systems. He is a past Chair of the UK Academy of Pharmaceutical Sciences, a present member of the UK Academy of Pharmaceutical Sciences Advisory Board and visiting Professor at the School of Pharmacy University College London. He was a former member of: the UK Medicines Manufacturing Industry Partnership (MMIP) Steering Group, the EFPIA Innovation Business Steering Committee, and a Company Director on the Pfizer UK Ltd Board. He also holds a D.Sc. (honoris causa) from the University of Greenwich.

is Managing Director at PDS Strategic Consulting and Chief Analyst for The World Nano Foundation. Head of the business intelligence unit for Nano Media Group and specialist in advising high growth Nanotechnology and biotech companies in Rating Strategic AmbitionTM and international scalability. Previously a senior executive advisor to pharma, aerospace and automotive conglomerates as well as start-ups. Richard has developed investment and technology modelling for healthcare technologies including diagnostics, medical devices and nano therapies. He has also developed an international model for accessing rapid testing for COVID-19 with its COVIDlyticsTM study into managing the transmission of the current virus in relation to asymptomatics found in the population. Has previously held senior management positions with Rolls-Royce and Rockwell International.

has held senior positions with life science companies including Novartis, Bayer, Bristol-Myers Squibb globally managing multi-billion-dollar businesses for over 30 years. Specialisms include neuroimmunology, oncology, cell & gene therapy, and digital therapeutics in consumer health and nutrition technologies. Olivier is a FINRA registered (Series 7, 63, 79) investment banker in the US with Atlas Advisors. He has led strategy and concluded acquisitions, divestitures, and alliances, including the negotiation of several hundred million plus commercial agreements in the Americas, Europe, Russia, India, China and Japan. He has led the post-merger integration practice for Accenture in Europe with pre- and post-acquisition projects in the Americas and Europe in a variety of industries. As the CFO of Danone in North America, he has led several acquisitions including a $1.1 billion acquisition of a water related business. He holds a TRIUM executive MBA (NYU Stern, LSE London, HEC Paris), a MEng from the French DOD (Ingénieur de l’Armement) and a MSc from Ecole Centrale de Paris. He has deep connections in the healthcare space and investor community, which have allowed him to design collaboration agreements and plan exits. 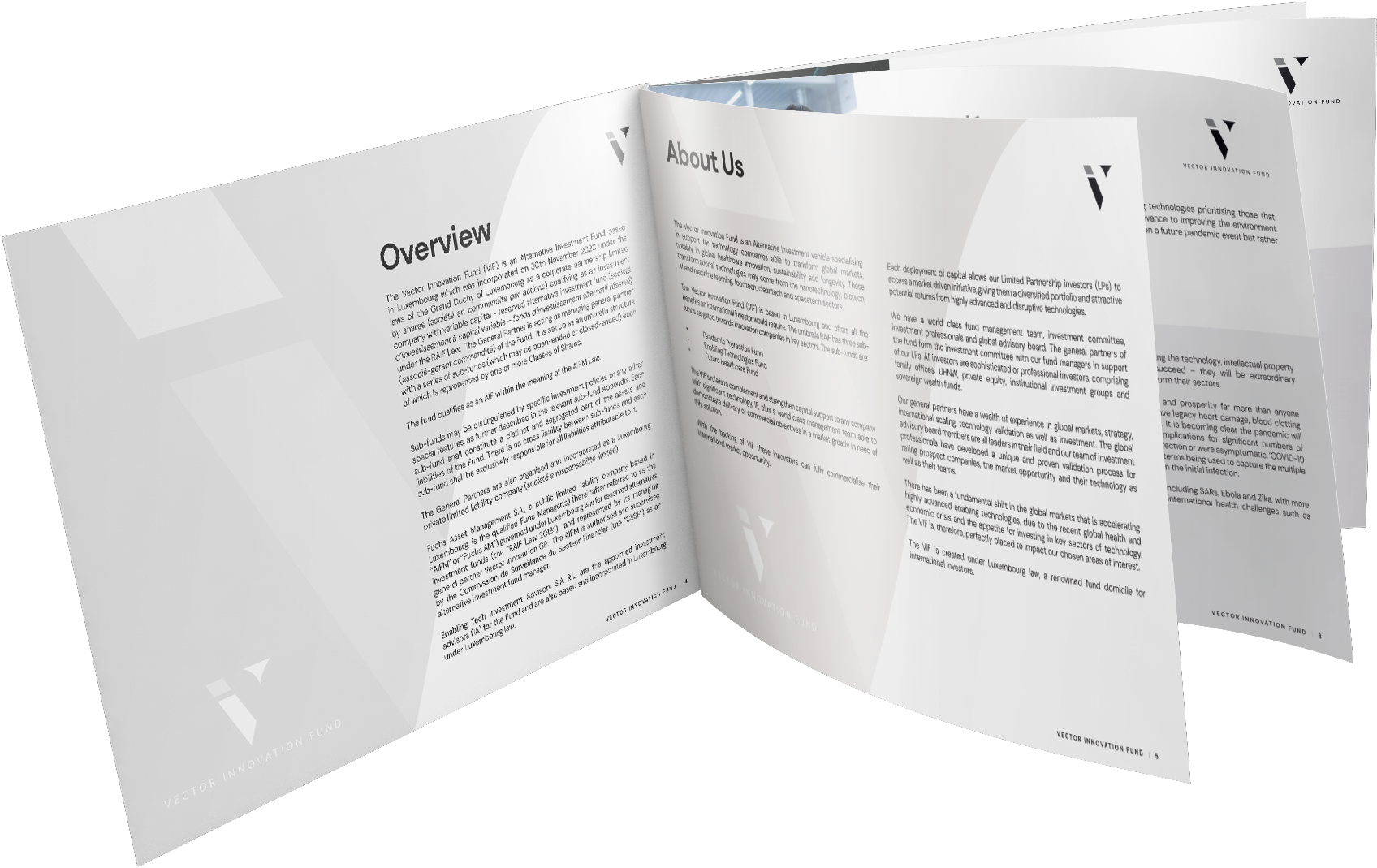